The cutting edge of robotics may not be a smarter Siri or a less-creepy humanoid Japanese robot. It might be a swarm of bacteria, compelled to do our bidding through a remotely controlled magnetic field. 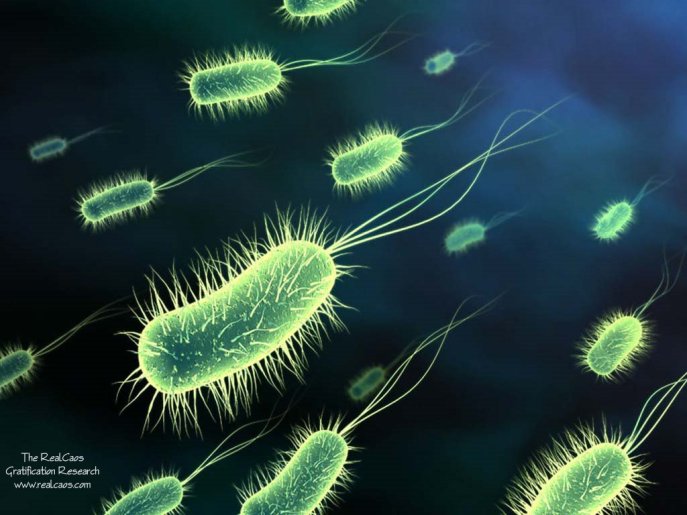 Some of the biggest technological advances of the past two decades have involved scaling things down. The development and continual improvement of microprocessors has revolutionized home computing. And the emerging field of nanomedicine promises to transform biomedical science in many ways: from targeted drug delivery to tissue repair at the cellular level. 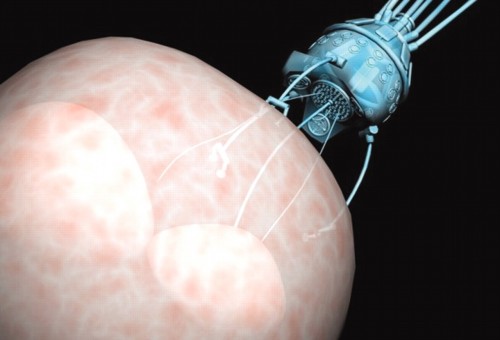 But building useful microbots is no easy task. Power supply has always been one of the toughest challenges. Some bots contain a very lightweight battery. Others possess a coin cell that scavenges vibrational or light energy from its surroundings. Telling our microbots where to go is another hurdle. Microbots typically don’t work alone- we usually need a swarm of them to perform a task. And we’d like to be able to direct that swarm with the utmost precision.

Some scientists think the solution to our microbot woes can be found in nature. Bacteria are essentially organic “machines” that use light or chemical energy to move about and do work. They fit the size criteria, and they’re everywhere. Rather than re-invent the wheel, what if we could train bacteria to do work for us?

To answer this question, microroboticists are now looking to a group of bacteria that possesses an astounding property: magnetism. 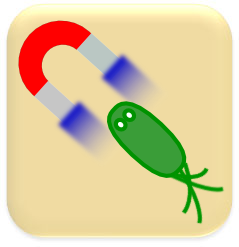 Magnetotactic bacteria are a genetically diverse group of organisms thought to have evolved during the early Proterozoic, some 2.5 billion years ago, when rising atmospheric oxygen concentrations were reducing the amount of dissolved iron in Earth’s oceans. It’s believed this caused some bacteria to start stockpiling iron. Eventually, these iron stores were adapted to form magnetosomes, crystalline structures found in the cell membranes of modern magnetotactic bacteria.  Magnetosomes align in a chain, allowing the bacterium to orient itself like a compass needle to the local magnetic field.

The most obvious advantage to a magnetotactic microbot is that its motion can be guided by a user-generated magnetic field. But bacteria are also advantageous because they possess flagella. These rotating, tail-like structures act as a propeller, allowing bacteria to swim about quickly and change direction with ease. And the energy required to turn a flagellum is generated by the bacterium’s own metabolism. Power source, check. Motor, check. 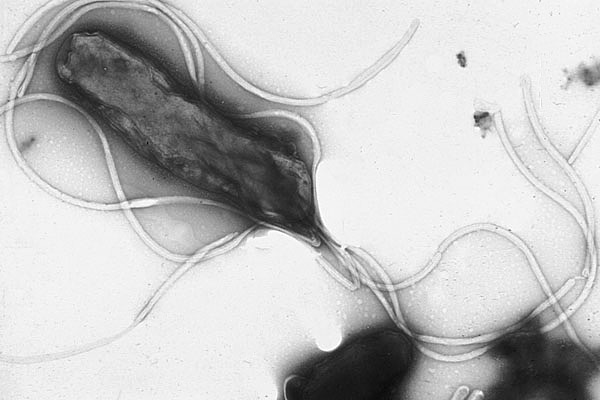 So, what’s it going to take for magnetotactic bacteria to become our microbots of choice? One challenge scientists are now focusing on is 3-D aggregation. Using a single electromagnet, it’s simple business to line a bunch of magnetic bacteria up in a 2-D sheet. Forming a 3-D swarm is more challenging. But if doable, 3-D configurations would have major advantages. A 3-D swarm would be much easier to guide through the intricacies of the human vascular system. It would also be able to build 3-D objects more efficiently.

In a paper recently published in the Journal of International Robotics Research, scientists used Magnetococcus marinus, a spherical, magnetotactic bacterium possessing 2 bundles of flagellar “propellors”, to explore the possibility of creating 3-D bacterial clusters with magnets.

Using remotely powered pairs of electromagnetic coils, the researchers applied three different time-varying magnetic field sequences to a liquid culture of M. marinus. They were able to generate both 2-D and 3-D bacterial configurations. Then they managed to steer these swarms through a complex network of glass tubes intended to mimic capillaries.

These basic steps are laying the foundation of being able to one-day guide armies of magnetotactic bacteria to carry out many tasks. In the future, swarms of magnetic “biobots” might be used for targeted cancer treatments, transporting microscale objects, assembling microcircuits, and even microscale magnetic resonance imaging.

One thought on “Could magnetic bacteria be the next generation of microbots?”

Eve Ottenberg
Nerd Out With Me!

Engaging and transformative reporting on the environment, energy, and sustainability

A Window into my Research Notebook

Science Beyond the Abstract

Musings on Matings and the Evolutionary Biology of Sex

Kuhan Chandru
FUNGI FOR THE PEOPLE